Hello Everyone! My name is Augusta Lord, and I am a Young Rider born and raised in Moorestown, NJ. Currently, I am 21 years old and attend college at the University of Massachusetts in Amherst, MA. I began riding my mom’s horse before I could walk, and as soon as I could speak, I was begging for my own horse. I started riding hunter jumpers, and before I decided that dressage was all I really wanted to do. At age 16, I competed in everything from gymkhana to eventing. I bought myself my first horse at age 14, basically right off of the track with the only $2,000 I had to my name. That horse, named Cappy, and I began our learning journey in dressage together. After graduating high school, I was a working student for Olympic Bronze Medalist Dottie Morkis, and then Caroline Roffman and Endel Ots for their joint business Lionshare Dressage in Wellington FL. As a working student, I learned an incredible amount and I was able to ride horses I’d only dreamt of or seen in magazines. Don’t get me wrong, being a working student is incredibly difficult and takes an intense amount of dedication, perseverance, and determination to do; but I feel so lucky to have had the experiences I did, and I wouldn’t have it any other way. As I had agreed upon with my parents, I am currently attending college. I was allowed by them a brief period off of school to pursue my working student dream. Cappy and I both live in Amherst, MA where I’m an Actuarial Science major and also am riding an imported Danish Warmblood gelding named Sovangs Lima. Lima and I are planning on showing Fourth Level this fall, and I just completed my USDF Bronze Medal. We also just placed second at the Lendon Gray Youth Dressage Festival both in our Third Level division and in our Team division.

The Youth Dressage Festival was established in 1999 by two time US Olympian Lendon Gray and since then has offered a myriad of opportunities for dressage riders from ages 4 to 21. It is composed of three phases. Each phase: dressage test, written test, and group equitation is worth 100 points for a total of 300 points. Riders are split by their division and oftentimes by their age as well. For example, the division I competed in was the Third Level Division, but for Training Level they had six different age groups. The Youth Festival also hosts a variety of other competitions including a Sport Horse Judging Class, Prix Caprilli Class, Musical Freestyle, Tack Room Competition, and a Stable Management Challenge, which only the top two written test score holders of each level were invited to. On Friday (Day 1) I competed in the Sport Horse Judging Class as well as my written test. The sport horse judging class was very interesting, and I had studied very hard for both that and my written test. The Sport Horse Judging Class was formatted so that everyone (including a real judge) judged a line of 4 horses, and whoever scored closest to the actual judge’s marks won. I ended up third place in that class and won a book on sport horse conformation along with a Mountain Horse sling backpack. Also on Friday, I placed first for my division in the Written test with a score of 98%. This meant that I was also awarded the Big Ben Memorial Award, a perpetual award for the highest written test score for riders ages 18-21. This also made me eligible to participate in the stable management challenge, which was an interview on stable management criteria. I finished Second in the stable management challenge.

The next morning was able to school with Micaela Mabragana before I rode in an equitation class with approximately 6 other riders. I really enjoyed riding with Micaela-she actually was a competitor herself a few years back in the LYDF. In the equitation class were judged on our equitation while riding through movements of Third Level Test. I received an 87% on my equitation, which bumped me down to second place for my division but still very close behind the leader. Lastly, on Saturday evening I rode my dressage test in the Grand Prix Arena at Saugerties. Although my horse was totally wired from all of the commotion, we scored our personal best at Third Level, which was a 71.22%. We were just .3 percentage points behind the leader. We finished in Second Place for our division, and thanks to the wonderful sponsors of the LYDF won some really cool awards.

In addition to competing on horseback all weekend, I had also entered the tack room competition with my theme “Emma’s Angels”. A friend of mine, Emma Hoffman was diagnosed just a month ago with two cancerous brain tumors, and I set up my tack room as a fundraiser for her. Complete with her portrait, a letter written by her brother, her favorite quotes adorning the walls, and a banner donated by SunRaise Printing, the tack room came out beautifully. Stop and Shop also donated orchids for us to raffle. After the Awards Ceremony on Sunday, we sold our final tickets and raffled the orchids. We raised over $250 through the raffle and over $600 online! We are currently still raising money and we have raised over $3,100 for Emma Hofmann’s family and brain cancer research. If you are interested in more information her donation page is here http://gfwd.at/1AALpfH and her CaringBridge site where you can follow her family’s updates is here http://www.caringbridge.org/visit/emmahofmann2. Thanks for reading and I hope you all seriously consider attending the Youth Dressage Festival, whether to volunteer or compete. It’s a ton of fun as well as a great way to learn and gain exposure! 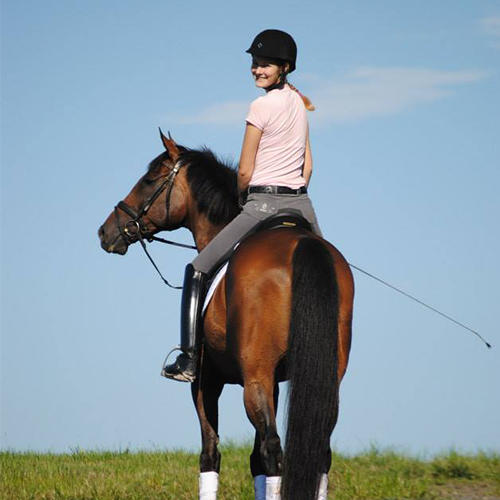 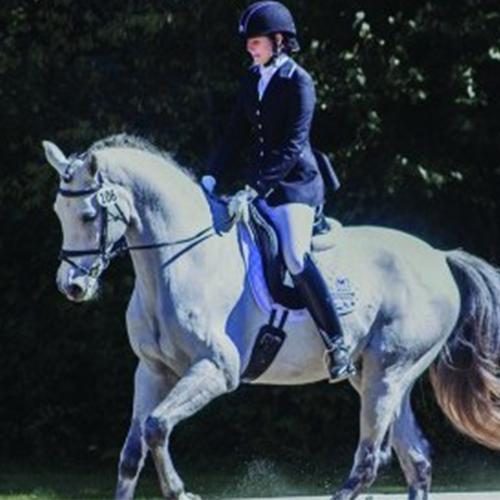